The black community is in an uproar over the unjust death of George Floyd an African American who was suffocated to death by the cops all because of his skin color. Honestly it beats my imagination that in this century such hostility and racism still exist!

I still wonder how in a civilized society a cop that should protect its citizen has taken laws into his own hand by passing death judgment on a citizen. It is high time this has got stop! It all start by you speaking out and taking action, if you sit and do nothing or be neutral you are as worst as the perpetrators of this disgusting and disturbing act.

WHAT LED TO THE COPS ARRESTING HIM? 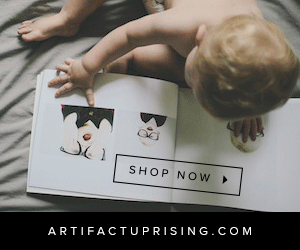 On that faithful day according to the interview with the store owner on CNN, it was the store owner who called the cops after the sales person alerted him that George Floyd paid with a fake $20, i was wondering couldn’t they have told him it was a fake currency either give it back to him and not sell to him or seize the currency and not sell to him rather than calling the cops on him? 🙄 just wondering!

When the cops came he was sitting in his car, he was arrested and handcuffed. The videos we’ve watched so far didn’t show him resisting arrest, lets assume he even resisted arrest does that warrant him being pinned down to the floor and being suffocated till he took his last breath? All because of $20? Unbelievable!

Despite the plea of onlookers for the cops to stop they never heeded,it obviously looked as if the cop was having a filled day through his act. The video is so dusturbing, disgusting and showed wickedness at its height. George Floyd pleaded for his live saying “i can’t breathe ” but it fell on dead ears till he gave up.

WAS THE COPS PERFORMING HIS DUTY?

Of course not! the cops was meant to arrest George and not convict him and pass death judgment instantly on him. This was an inhumane treatment and regardless of your skin colour if you didn’t see this in the video nor felt angry, infuriated and disturbed by that video then an animal in the zoo is better than you.

How could a cops kneel on a mans neck like that while being pinned down by other 2 cops, for what exactly? George did not kill someone, he wasn’t a terrorist all because of fake $20 currency? It is unbelievable! There must be something else that would have made him receive such treatment. What is it?

For years after the slave trade was abolished, the white supremacist has had this extreme hatred for the blacks- African Americans to be specific. They treated them as inferior beings. They hardly gave the blacks any opportunity to thrive, they were always at the buttom and could only climb to the top or make a decent living through their talents such as being an athlete or musician.

The only reason George Floyd could have received such disgusting treatment it’s simply because he is an African American. This isn’t the first time this is happening to an African American and it has got to stop! African Americans are human beings and are not inferior or less a human being because of their skin color. Yes their ancestors might have sold their forefathers to slavery out of ignorance but that doesn’t make them slaves in this century.They deserve equal rights and treatment just like everyone else. This unfair, unjust and inhumane treatment has got to stop and it starts with you! What role can you play in this?

When you sit and do nothing evil prospers and change doesn’t ever come. It all starts by speaking out and taking action, the right action can change the story forever for African Americans, you don’t need to be affected by the situation before you take action. You don’t need to be an African American before you take action, you don’t need to live in USA before you take action. You only need to be a human with a heart, a human that seeks justice for the righteous, a human that believes that all humans should be treated equally, a human that believes every human should be treated as human and not animals. Head over to change.org and sign the petition to get justice for George Floyd. Getting justice for George Floyd means a lot in this process of African Americans being treated as humans, if justice is not served then it’s Indirectly sending a message to other cops that they could continue treating both African Americans and people of color in a dehumanizing manner.

Now is the time to stop it by taking action!