According to the oxford dictionary proverb is a short, well-known pithy saying, stating a general truth or piece of advice. In other words it is a saying that can’t be taken in its literal meaning rather it helps buttress a point. Let’s look at some yoruba proverbs, their meaning and when they are used.

Ile eni lati je ekute onidodo – Literally it means it is in your house you eat a rat with abdomen. The proverb means you don’t put your dirty details out there. This can be used if you want to tell someone that a family secret shouldn’t be let out especially if it’s not palatable.

Owo po lowo mi– literally it means i have a lot of money but as a proverb it means you are broke. This can be used when someone is requesting for money and you don’t have enough.

Ti o ba nidi obirin oki je kumolu– literally it means if there is no reason a woman does not bear kumolu but as a proverb it means there is a reason for someone’s behaviour. This is often used when there is a sudden change in someone’s attitude.

O re ota mi – literally it means my enemy is sick but as a proverb it means the individual is not well. This is used when someone is ill and is being asked about his health.

Ogbe eru ele ru so ori, ofa ti e lowo– literally this means you are carrying someone’s else load on your head while holding yours on your hand. The proverb means you are giving undue attention to someone’s plight without taking care of your own problems. Its the same with saying crying more the bereaved.For example, This can be used by a child struggling to be admitted into a university instead of the parent helping they are busy going all out to help another person’s child to get admission into the university while neglecting their own child.

Aje ke lana omo ku leni, tani ko mope aje to ke lana lo kpa– literally it means a witch cried yesterday and the child died today, who doesn’t know its the witch that cried yesterday that killed the child. The proverbs means a person is responsible for someone’s plight. This can be used in a situation where Mr A quarrel with Mr B and Mr B threathened to deal with Mr A and the next day Mr A was involved in an accident and it is believed Mr B is responsible for it.

Ti isu eni ba ta, afo wo bo je-literally it means if your yam is ready you cover it and eat. The proverb means when you are blessed you don’t display it to the world. This can be used for example as an advice to someone who just acquired a new asset and want to show it off on social media.

Ma fi bread ko mi lomi obe-literally this means don’t use your bread to finish my stew. The proverbs means don’t deceive me with your outlook or your words. For Example, this can be used as a response by a lady to a guy who is poor but has dressed lavishly in order to deceive the girl into thinking he’s rich and accept his proposal.

Bami na omo mi kode inu olomo– literally this means help me beat my child is not from the heart of the parents. The proverb means parents are only pretentious when they tell outsiders to feel free to discipline their child but deep down they don’t want outsiders to discipline their child on their behalf. This can be used for example, when a mother instructs the teacher to flog her child if he misbehave but comes in to the school to complain bitterly about the teacher flogging her child.

N ko eni o dimeji ki inu bi yan– literally this means your thing can’t become two and you will be angry. The proverb means there is joy in abundance. This is used for example, when a man wants to take in a second wife and the man’s family wants to break the news to the wife .

Mi o le sare keke ki kolu motor– Literally this means i can’t run from jaming a Tricycle only to jam a car. The proverbs mean i can’t be running from a little problem only to land myself in a bigger problem. This can be used for instance, a man who didn’t want to marry a good girl from the city probably because he thinks city girls are wild went and married a naive village girl only to find out she is a prostitute who can’t even bear him a child.

Ti iya nla ba gbe ni shonle, kekere a gun ori e– literally this means if a big fight throws you on the floor the smaller ones will climb you. The proverb means when you are faced with life challenge even people who are not up to your status will want to take advantage of you. As an example, this can be used by a woman who was jilted by her rich lover only for her gateman to use that as an opportunity to propose to her.

Ale fina sori orule sun-literally it means you can’t sleep with the roof on fire. The proverbs means you can’t ignore an issue that poses danger. For eample this can be used by a politician vying for a political position who needs the urgent attention of his political party when he realize that his secret which can pose a danger to his political ambition has been let out of the bag.

E ni to wo bata lo mo bi to ti ta– Literally it means he who wears the shoe knows where it hurts. The proverb means it’s only the person in a situation that knows how it feels. For example , this can be used by someone who wants out of a relationship.

Ibo loti nbo ti o lo kun lo run-Literally it means where are you coming from that you have no rope on your neck. The proverb means why are you without a home training. For example this can be used by a parent who the child ‘s friend hardly ever greets.

Abo oro la sofun omode to ba de inu re adi odindin– Literally it means half word is what we tell a child when it gets to his heart it becomes whole. The proverb means a word is enough for the wise. This can be used by parents to emphasize a warning to their child.

Aja to ba ma sonu ko ki gbo fere olode-Literally it means a dog that will get lost will not listen to the whistle of the hunter. The proverb means someone who wants to follow the path of destruction doesn’t listen to advice. This can be used by parents when they warn a stubborn and troublesome child.

Ajala ta ni na– Literally it means who has beaten Ajala. The proverb mean complaing unnecessarily. This can be used by a staff when his wicked boss his complaing of the unfair treatment he received.

Won fo omo re bo re fun re– literally mean you don’t sacrifice the priest child. The proverb means some people are exempted from the law of the land. This can be used by a cheifpriest of a village if he’s requested to use his child for atonement for the village.

Eti e melo? Ki lo fi ise? Gboro-Literally this means how many ears do you have? And what do you use them for? to hear. The proverb means listen attentively. This can be used by a parent giving instruction or warning to his child.

2 Replies to “Yoruba Proverbs And Their Meaning” 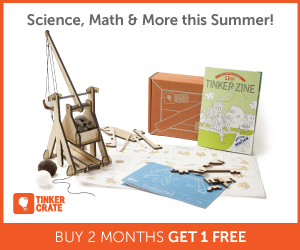