Women have been sold the lie that it is in the nature of men to cheat because they are polygamous in nature. Unfortunately, so many women has bought this lie and keeps enduring and masking their pain as their husband continuously cheat on them.

Especially in Africa, women has been manipulated right from when they were girls to believe that the success of a marriage depends on the woman, which means that regardless if the man cheats she has no option than to turn a blind eyes to it and endure in order not to ruin her home. This manipulation has given men so much freedom to continue to cheat because they know that the woman would hardly quit the marriage.

Many women while growing up has seen their father cheat continuously without their mother taking no action nor quitting the marriage so they grow up believing thats a norm while also being afraid of how the society would perceive her if she decides to quit and not accept being cheated on and being treated as a second fiddle in the marriage. 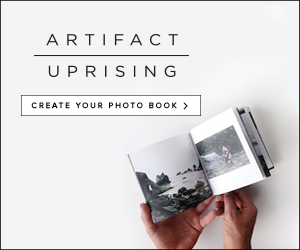 CAN A MAN BE FAITHFUL?

Without no iota of doubt the answer is YES! every married man can be faithful to his wife during the lifetime of their marriage regardless of how long this is. God created man with the capacity to love and be faithful to only one woman and not numerous.

God won’t have given Adam only one woman if he knew only her can never satisfy his s*xual appetite. It was only Eve that slept with Adam through out their lifetime and God hasn’t changed anything in the way he created man since then.

You might be wondering since man is created with the capacity to be faithful to his wife, why do men cheat on their wife.

There are several reasons why men cheat but i will touch on few of them here.

2. Society Encourages It: Another reason why men cheat is because the society encourages them to. In Africa for instance, complaining that your husband cheats or you want a divorce because your husband cheats on you is frowned at. Infact it’s seen as a norm for a married man to cheat, it’s not a big deal. It seems like an entitlement for a man to cheat. When you are bitter and complain about your husband cheating to family members instead of addressing the issue they would rather ask you does he provide for the family? does he withold s*x from you? has he ever brought a woman home? has he ever beaten you? The list of unreasonable questions goes on and on, so tell me why the man would not continue to cheat.

3. Lack of Consequences for Their Action: The third reason why men continue to cheat is because they can eat their cake and have it, by this i mean they know their wife isn’t going to quit the marriage despite their cheating. At least 90% of women in Africa won’t have the courage to quit their marriage despite the pain the cheating brings to her. This has resulted in men continuously cheating unremorseful since they know there is no consequence for their action.

The list of reasons why men cheat is numerous but at the end of the day the fact remains that a man can be faithful to his wife regardless of how long they’ve been married. Is it difficult for a man to be faithful? Yes, it is! because men are mostly led by sight and think with their d*ck when tempted but it is possible to remain faithful with self control and determination.