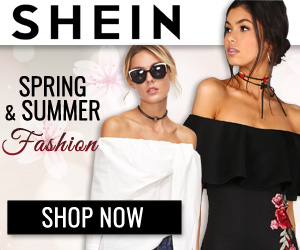 Children are mostly influenced by their parents, friends and environment,so as parents you need to realize that regardless of the efforts you put in training your child these other two factors can render your efforts useless, hence, the need to pay attention to them. For the purpose of this article we would pay attention to friends and the influence they could have on your child.

Peer pressure is real and a lot of kids don’t want to be the odd person out or to look weird, hence they fall into peer pressure to feel belong. Especially when kids are of school age and have started school they will definitely mix with other children and end up making friends.

Another important reason of knowing your child’s friends is that it also tells you truly who your child is. There is a saying that “ show me your friend and I will tell you who you are”  some children can pretend to be well behaved at home, they are respectful and responsible but reverse is the case when they outside. Most time people make friends with people who are like them, so knowing your child’s friends and seeing how they behave reveals the true character of your child. If they are vulgar and act irresponsibly I bet you your child is also like that even though he might pretend to you.

Remember it is easy for a child to fall into peer pressure which can end up ruining his life. Some kids have been introduced to dr*g, alcohol and worst things at an early age just because their parents never paid attention to the kind of friends they had. It is important that as parent you know who your child mingle with in order for your effort on your child not to be in vain.

Going the extreme way by not allowing your child to make friends or bring them home isn’t reasonable and it’s not helpful in the long run. Let your child socialize with other children but ensure that he is not making friends with the wrong people but if he does mingle with the wrong people it is your duty to politely discuss with your child why such a person or people shouldn’t be his friend and what he should look out for in a person before making the person his friend.

In conclusion,  you must realize that friends has as much influence as you have over your child, in fact your  child might even spend much time with them  than with you. Hence, you must ensure you know who your child’s friend is and that the friend has high moral standard  and is also responsible, so your child can be influenced positively.