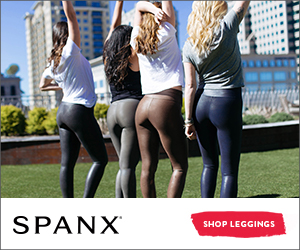 It is Wrong To Use Thunderbolt (magun)on Your spouse. In the olden days  the use of Thunderbolt for unfaithful spouse was a trend , this was a way of dealing with the unfaithful partner and his or her lover.

Unfortunately some spouse still use this method to deal with their unfaithful partner. Thunderbolt ( referred to as magun in Africa) is a kind of jazz in Africa which is like a rope and it’s placed for the victim to walk over it after which anyone that has intimacy with the victim dies either by asking for water, or making a cock-crow sound and somersaulting three times.

This act is extremely inhumane and is the same with committing murder. If you ever place Thunderbolt for your spouse you are a murderer and is left with no human feelings in you. You should be avoided by all cost. What in the world happened to divorce. Even the creator agrees that divorce is acceptable when a spouse is unfaithful. Though divorce shouldn’t be your first option, try to have a heart to heart talk with your spouse about his or her unfaithful way.

If your spouse isn’t remorseful  and is not willing to give up his or her shameful act then you might consider going your separate ways. Why would you want to have blood on your hand because of an unfaithful spouse. Life isn’t that hard, is it? Agreed it is very painful when someone you love and is committed to betrays your love and trust and instead decides to become a public dog.

The best bet is to let go, don’t complicate the issue. The creator said leave vengeance to me, so do not seek for revenge by yourself by placing a Thunderbolt (magun) for your spouse. After all when you place the Thunderbolt the marriage itself has ended because even you yourself can not sleep with him or her in order not to face the consequences of the Thunderbolt. Why not just quit the marriage if you can not condone your spouse unfaithfulness rather than the barbaric act of Thunderbolt.

You know that intimacy between a couple is the bond of the marriage and since this can never exist again when you place a Thunderbolt for your spouse,then the marriage is good as Dead. Either way the marriage still ends directly or indirectly. Why not then quit in an honorable way than in a barbaric way! Think about your kids and the family reputation before acting. Whatever you do to revenge on your spouse will definitely affect your kids so make a wise decision.

Remember that you are liable for all those who die by having intimacy with your spouse as a result of the Thunderbolt. You have turned yourself to a murderer by this act. What do you really stand to gain at the end of the day. Yes! What your spouse has done isn’t good but what about you are doing? It is extremely horrible and does not resolve the issue at hand .

Using Thunderbolt on your spouse is just a mere act of wickedness that is totally unacceptable! Remember that whatever you sow you shall reap. Go about the issue in a more civilized way. Seek legal separation or divorce if the unfaithful partner isn’t ready to stop his or her adulterous lifestyle.

Couples should remember that you owe each other faithfulness, it is not negotiable! No one has the right to be unfaithful perhaps because of the gender. If you can’t be faithful don’t get married. Better is it not to make a vow than to make a vow and not keep it. Don’t torment your partner by your adulterous act to the extent that he or she seeks for a way to get back at you.

Leave vengeance to the creator, seek for legal help and counseling to address your spouse unfaithfulness but never go the barbaric and inhumane way of using Thunderbolt( magun) as it does not solve the issue but rather complicated it.