There is a saying that goes this way “show me your friend and i would tell you who you are” the kind of friends your child keeps its very important as most time people are influenced by those they spend much time with.

As a child grows up its normal to have friends and spend time with them. Often times they tend to imitate the characters of their friends as they do not want to be seen as the odd person.

Hence, it is your duty as a parent to safeguard your child by knowing whom your child associates with so they don’t imitate people with the wrong characterd in the name of friendship. Remember that regardless of the values you inculcate in your child mixing up with the wrong friends can influence your child negatively. 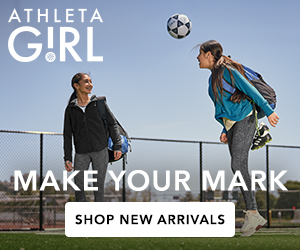 Restricting your child from making friends, visiting or spending time with friends is not the solution as your child needs such social interactions as he grows up. Instead of restricting your child you should rather encourage him to come home with his friends so you can be able to access them and know them.

You also need to let your child understand the importance of making friends with people that shares same value with him. He should not believe he can change someone’s character when they become friends as the person might end up changing him and corrupting his moral values.

Knowing your child’s friends goes beyond knowing just their names, you should know their characters, know where they live and even know about their family. For instance, If the friend comes from a home where the parents are irresponsible this might have a negative influence on your child.

Don’t neglect this aspect of parenting and feel it doesn’t matter. Many young ones have ruined their lives by making friends with people who introduced them to drug or crime. Some have even lost their lived in the hands of their friends so it is extremely important as a parent to know who your child associate with.

Moreover, as an adult you can see beneath the surface. Your child might feel his friend is good enough and not harmful but with your wisdom as a parent by merely interacting with the friend you would be able to see beyond what your child can see and help him choose wisely.

5 Replies to “Importance Of Knowing Your Child’s Friends”