a) Once the decision has been made to have a civil wedding, the intending bride or groom pick up a FORM from the Registry of their Choice to indicate their intention to marry. The form is a NOTICE FORM or otherwise called a FORM A. You are required to fill in ALL your personal details including Name, Age, Address, Occupation, Status (Single, Married, Divorced or Widow), Consent (minor under 21 years), Signature etc. 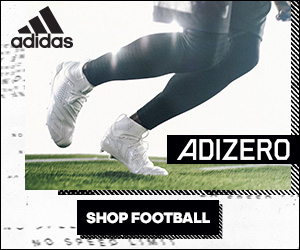 b) You would also need to have TWO (2) coloured passport photographs.

c) The form is posted on the NOTICEBOARD at the Registry for Twenty-one (21) days. The notice is also entered in a book called the Marriage Notice Book, which may be inspected during office hours without fee.

After the expiration of the notice and payment of the Prescribed Fee (this differs at each Registry, but it is usually not more than Two Thousand Naira- N2, 000), the Registrar would issue a FORM C after the following criteria has been met and satisfied:

ii) that each of the parties to the intended marriage (not being a widower or widow) is twenty-one years old, and if under that age, the consent hereinafter made requisite has been obtained in writing and is annexed to such affidavit……!big grammar, simply means you have to get written permission/consent from the lady’s parent or legal guardian

iii) that there is not any impediment of kindred or affinity, or any other lawful hindrance to the marriage

iv) that neither of the parties to the intended marriage is married by customary law to any person other than the person with whom such marriage is proposed to be contracted.

After this a date is selected for the marriage ceremony

Once the above-mentioned things have been confirmed, the couple would swear an affidavit before the registrar or recognized minister of religion. During the sworn affidavit, the registrar would reiterate the above Prohibitive degrees and also explain the penalties involved.

Any failure to disclose a breach in any of the above makes the defaulter liable to TWO (2) years imprisonment…! Did I hear you snigger; you get prison time for lying!!

The Registrar signs a declaration/affidavit to show that the couple understands the implications under the law and have met and satisfied all that has been required of them.

The Minister upon proof that there is no lawful impediment to the proposed marriage, and that the necessary consent, if any, to such marriage has been obtained, will dispense with the giving of notice, issue the certificate, and grant his license, known as Form D, authorizing the celebration of a marriage between the parties named in such license.

A date for the wedding is selected by the couple. This would have to be within Three (3) months from the date the notice has been placed with the Registry. ….! Hurdle No 2 crossed! No hidden skeletons. Phew!

The couple with their families and friends would come in on the day they have chosen to finalize the marriage proceedings. There are a lot of other couples that would be around for their own celebration and as such each couple is given a Specific TIME that must be adhered to; the ceremony is usually less than thirty (30) minutes….! No unnecessary ceremonies, donations etc as against the other types of marriage celebration!! You are done with the whole affair within 2hours MAX!!!

Every Registrar will register the marriage in a book called the MARRIAGE REGISTER BOOK, every certificate of marriage filed in his office according to the FORM F …..! By the power vested in me, by the Federal Laws, I now pronounce you Husband and Wife! You may kiss the bride 🙂

ALL MARRIAGES CELEBRATED UNDER THIS ACT SHALL BE GOOD AND VALID IN LAW FOR ALL INTENTS AND PURPOSES. …….

2 Replies to “Do you know: what is the process of getting married at the Registry?”